CHHATTISGARH TIMES.  In another gruesome attack naxalites today triggered an improvised explosive device (IED) killing 3 civilians and a CISF personnel. Around 5 jawans were injured and rushed to Dantewada hospital where condition of one is said to be critical. Dantewada SP Avishek Pallav said that the jawans were warned against usage of heavy vehicles but on the way back after buying groceries from the local market the fateful incident occurred. Among the civilians killed were the bus driver, conductor and cleaner. The almost blind turn on the road that connects Bacheli to Akash Nagar was the exact spot where the IED was triggered off and as said by D Ravi Shankar, the officer-in charge that IEDs were the “biggest difficulty” for the security forces. Naxalites, are now seldom engaging forces in encounters and gun battle but have adopted this new technique especially in no man’s land where immediate help cannot be rushed.
The attack comes a day ahead of the prime minister’s rally in Jagdalpur where security arrangements are at it’s peak, chief minister Raman Singh has condemned this attack in his strongest words and sympathized with the families of those killed in the incident. 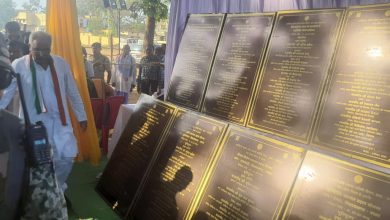