Bilaspur: Students of government school at Bilaspur have won the best innovation award at Vigyan Bhawan Delhi for their concept ‘ Mokcha’—a crematorium ash that can be used as a manure after purification . They will demonstrate their innovation during Russian president Vladmir Putin’s visit to India.

Mentor of the project Dhananjay Pandey informed “ the student of Government Multipurpose Higher Secondary School, Bilaspur carved a niche to bagged the fourth position in Best Innovation award being held at Vigayan Bhawan Delhi. Minister of Science and Technology Dr Harshvardhan conferred the award to our students. Now in a four-days residential boot camp is being planned at Indian Institute of Technology at Delhi again in which Russian president Vladimir Putin will visit to Delhi between September 30 to October five, 2018, so the students will display their model to him. During this boot camp, a delegation of ten Russian student innovators also visiting India and all the students shall be participating with ten student innovators from our Atal Innovation Mission of Bilaspur Centre”. “The cohort of twenty students shall be divided into five groups, covering five different sector themes including smart mobility, agri-tech, waste management, water resources and clean energy. Over the five-day programme, student groups shall be working on their sector-specific innovative prototypes, with the help of allocated mentors. On the October five, the students shall get an opportunity to exhibit their prototypes before the Prime Minister of India and the President of the Russian Federation. During the five-day programme” Pandey added. Atal Innovation Mission, NITI Aayog, Govt. of India authorities have invited the following students of government school of Bilaspur along with their in charge Dhanajay Pandey to attend the residential bootcamp, at Delhi. the students who have invited are; Atul Agrawal and Yogesh Manikpuri both from Class 12.

Bilaspur on the brink of creating world record 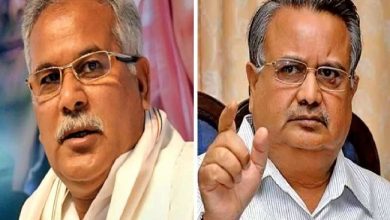