Chhattisgarh Times
Raipur: In a fray of renaming the railway stations name in India Tilda station has also included in the list of 25 renaming stations recently. South Eastern Central Railway has issued a circular to changing the name of railway station ‘Tilda’ to ‘Tilda-Neora’ from December first. People of that region were demanding to change the name of the station Tilda since long.
A letter issued for SECR stated “vide letter under reference above, board has communicated approval of MHA and issuance of Gaz notification by Chhattisgarh Government regarding change of existing name of Tilda railway station to “Tilda-Neora” in Raipur division of SECR.
According to railway sources, member of the National and Railway Advisory Council, Deepak Sharma had said in the Railway Administration meeting that people are demanding change of name of Tilda station for many years. Now the Railway and the State Government took this issue seriously. The long pending demand file has now moved forward. The State Government sent a proposal in this regard with the recommendation of the Home Ministry of the Government of India. After the release of NOC on behalf of the Railway, the Union Home Ministry approved this. After this the state government had published the information of Tilda station named Tilda-Neora in the Gazette and sent it to the General Manager of South Eastern Central Railway. The names of 25 railway stations are being changed across the country, in which the Tilda station is also included. 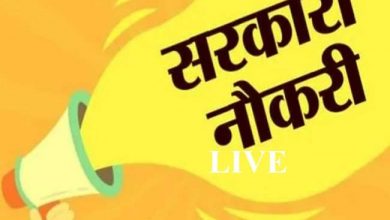