Chhattisgarh Times
Raipur: Kondagaon District Administration has taken up an initiative to highlight the importance of district’s various historical and religious places including Gautam Buddha’s stupa, Shiva Temples, Lingai Mata Temple, and Maa Danteweshwari Temple on the district map.
Kondagaon District Collector Neelkanth Tekam said the region was cut out from the mainstream for a very long period due to the influence of the Naxalites in the region. The people were facing troubles to reach the historic and religious spots in the district. Seeing the troubles faced by the citizens, the district administration has taken up the initiative to improve the facilities including roadways, security, and construction of Hume pipe bridges.
Tikam said there is a very ancient Shiv Temple which is situated in the dense forest region of Pavda village of the district. Pavda River which flows near the village cut down natural rocks forming an island on which the temple is built and there is a confluence of seven streams around the island. The villagers believe that Lord Ram has worshipped Shiva Linga in the temple and the temple attracts a large number of visitors from across the country during festivities.
Tikam said that he visited the temple recently and after observing the facilities, he assured the villagers that a Hume pipe bridge and sheds for relaxing will be constructed by the district administration and facilities of pure drinking water will be made for the devotees.
He said that a huge Mahashivratri fair is organized here every year and the district administration provides free city-bus transportation for the devotees who visit the temple and grand fair. During the festivities like Mahashivratri, Sawaan, Kartik Purnima, the district administration provides small facilities including free transport since a large number of people visit the various religious places in the district. 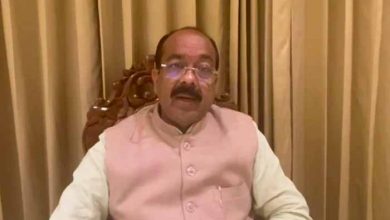