Hardik Pandya will miss India’s final white-ball games before the World Cup, having been ruled out from the T20s and ODIs against Australia that begin on Sunday.
In a release, the BCCI said that Pandya was suffering from “lower back stiffness” and the medical team has decided to rest the allrounder. Starting next week, Pandya will be at the National Cricket Academy to undergo strength and conditioning work on his lower back.
Allrounder Ravindra Jadeja, originally left out from the ODI squad, has been named Pandya’s replacement for the five-match ODI series. The T20I team, however, will now only have 14 members.
Pandya had recently returned to the India side, after serving a short suspension following his comments on a TV show. In the six white-ball games since his return, Pandya took seven wickets and scored 85 runs.
The two-match T20I series begins on Sunday, February 24 in Visakhapatnam, while the 50-over contests begin March 3 in Hyderabad. It is India’s final white-ball series before the 2019 World Cup in England and Wales. 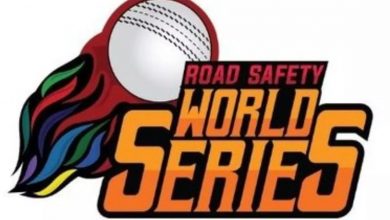